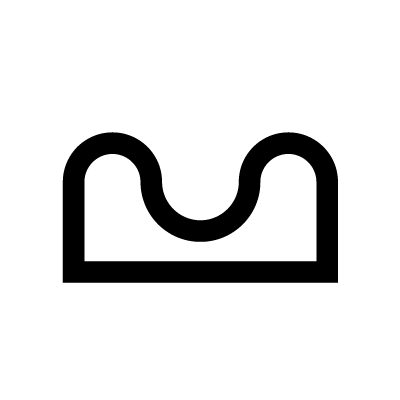 Djew symbol depicts the mountain ranges of Egypt. It shows its peaks, with a valley running in between. This is a representation of the cosmic beliefs ancient Egyptians held, rather than being seen as a literal mountain. Djew is an image of the two peaks of a mountain that keep the sky up. These are guarded and have their own protector, Aker.