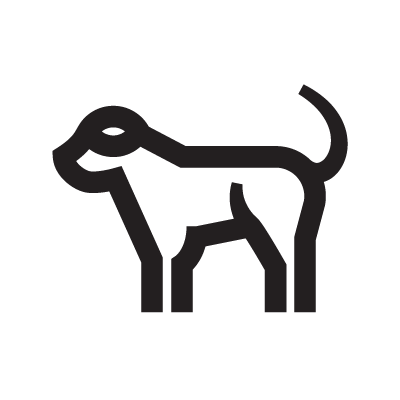 One of the traditional pet names for the dog, Fido, comes from the same Latin root as the word “fidelity,” and the trust and faith that a dog and its owner invest in one another is a defining feature of their relationship. For thousands of years man and dog have been close companions, living together, working together, and forming a close bond of mutual understanding. Every society has its dog mythology, its deities, and its symbols. The dog is often the companion of a God, too, in addition to being a psychopomp, guiding the souls of the dead to the next world. On a more earthly level the animal can be a guide dog or a guard dog, directing and protecting, one of the greatest allies known to humankind; man’s best friend, indeed.
The dog’s keen sense of smell takes on almost supernatural connotations, a skill denied humans and something that cannot be seen or detected by us. This is part of the reason why the dog acts as mediator between the seen and unseen worlds, seemingly gifted the powers of second sight and psychic abilities. The Egyptians were very keen that their corpses would smell as sweet as possible so as not to offend the sensitive nose of the jackal-headed God Anubis, who shepherded these souls through to their next dwelling place.
While some witches have cats as familiars, others have their dogs, in honor of the Goddesses of Death and their hounds. Hecate, the Goddess of the Underworld and the Queen of Witches, had her dogs; like the Devil, she haunted crossroads, her pack of hounds at her feet. Latterly Sirius Black, Harry Potter’s shape-shifting godfather, keeps a close eye on his charge by changing into a great black dog. Sirius, of course, is named after the Dog Star.
It is a telling sign among humans that often the animals with the greatest cultural and symbolic significance are the ones that it is considered wrong to eat. The majority of the world sees the eating of dog flesh as a great taboo.