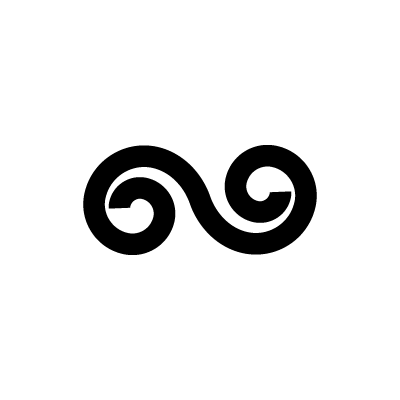 The double spiral represents balance between two opposing forces. It also symbolizes spiritual awakening, the concurrence of the physical world with the spiritual realm. Birth and death, creation and destruction exist in balance and are represented, also, by the double spiral.