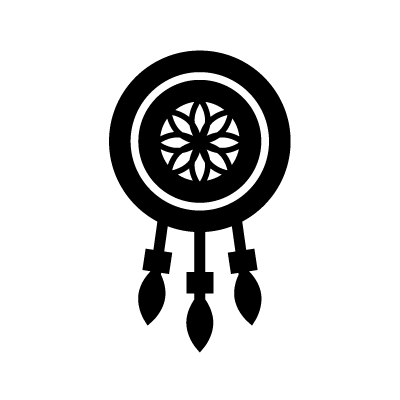 The dreamcatcher originated with Native Canadian tribes, but is equally common amongst the Sioux. It protects the sleeper against bad dreams, which are caught in the central netting. Good dreams are able to pass through and are funneled towards the sleeper’s head.