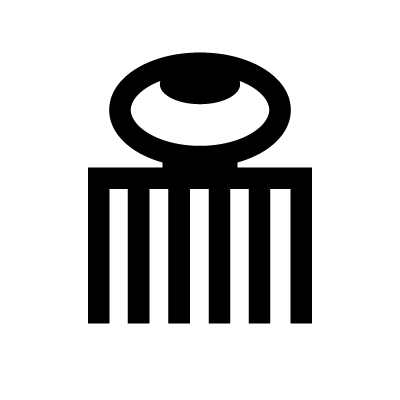 The Duafe symbol depicts a wooden comb. It is a symbol of femininity, as well as love and care. It also represents good hygiene and being well groomed.