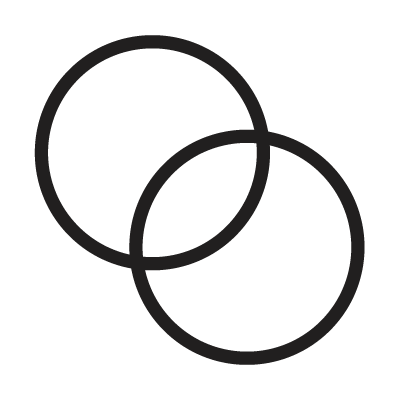 Dyad Vesica Piscis is a symbol that represents the splitting apart of something that was whole and perfect.
Dyad is about duality and diversity. Everything in the world practises is based on the idea of duality Light and Dark, Order and Chaos, Good and Evil.
The almond shape that is created with overlapping of two circles. This almond shape is traditionally known as the vesica piscis that is translated as fish bladder and it represents the birth of something new.