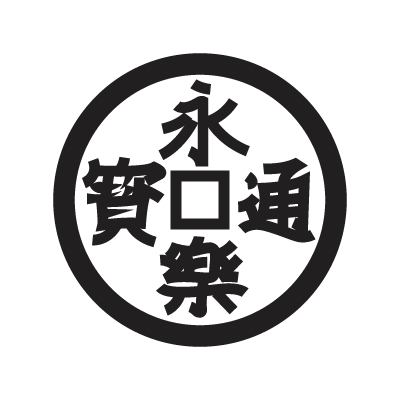 The Eiraku Tsuho was another crest that was used frequently by the warlord Nobunaga. Although unconfirmed, there are two prevailing theories for why this particular crest was used. The first posits that this was a representation of successful economic policies that were implemented by Nobunaga at the time. The second theory revolves around his victory at the Battle of Okehazama in 1560. This battle was particularly an impressive one because it was said to be fought against an army that was ten times the size of his own, but he was able to defeat them while being severely outnumbered. Before the battle, Nobunaga stopped to pray at a temple. And while making an offering of five copper coins at part of the ritual, all five coins landed face up, signaling a future victory.