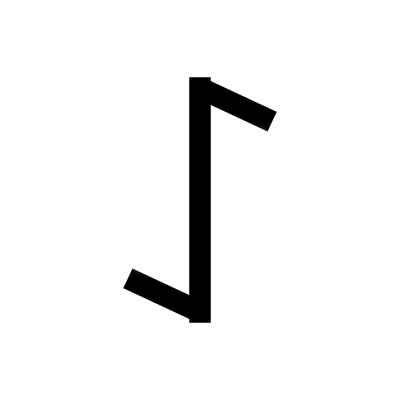 A symbol of extremes, Eiwaz is about dualities. The yew is a tree that dies and transforms itself, representing two extremes. Eiwaz is about forming new perspectives after upheavals and questioning, to see death as an ending and a new beginning. It brings about enlightenment and shows you a path towards knowledge and wisdom.