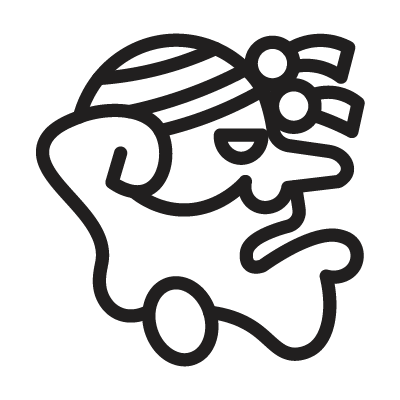 Ek Chuah (“black star”) – was the god of the merchants. Like any merchant, he had a backpack with goods behind him. He was depicted with thick lips, outlined around a dull red paint. Then he became the patron saint of cocoa and cocoa plantation owners. In his honor, ceremonies were held in the month of Muan. The connection between the merchants and cocoa is direct – back then cocoa beans were a universal currency.