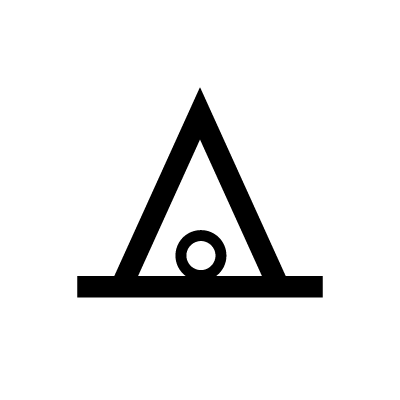 The Enjoyment symbol consists in a horizontal line upon which sits a tall triangle, or inverted V. With the triangle, and sitting on the horizontal line, is a small, unshaded circle. Its height is less than half the height of the triangle. The symbol represents enjoyment, or an intense taste for enjoying life.