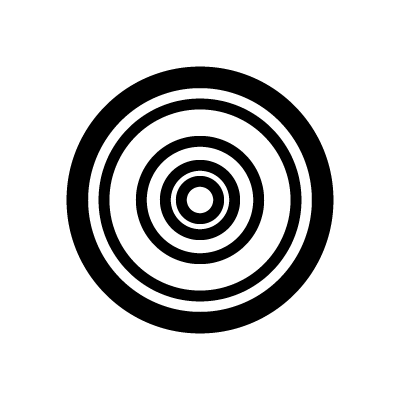 The Environment symbol consists of five concentric circles, each within the other. It represents the environment, and in particular the relation of a person to his or her environment. I may also refer to the relation between a person and an institution.