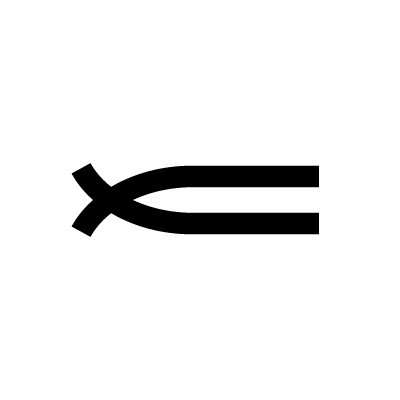 The Family symbol consists of two parallel horizontal lines, both of which curve on the left hand side until they intersect and cross each other. On the left side, the intersecting lines resemble the tail of the Christian fish icon. The symbol represents family and suggests that one can always rely on family for assistance.