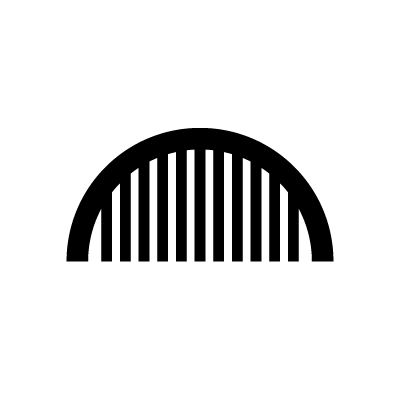 The Fertility symbol consists of an inverted, wide U shape, within which are a series of short vertical lines. The symbol resembles a curved comb. It represents fertility and growth.