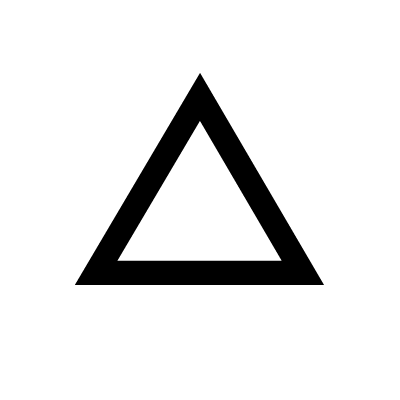 The Fire symbol consists of a triangle with a flat base and the apex facing upwards. The symbol represents fire. It is the inverse of the water symbol. It represents heat and dryness, as well as masculinity.