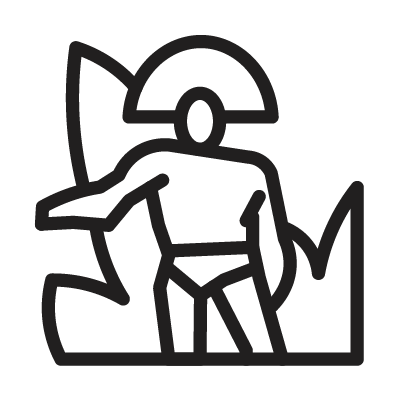 Fire dance is one of the ritual dances of the Maya, described by Landa in the “Report on the affairs of the Yucatan.” It took place a year under the sign of Kawak, which was considered dangerous and unhappy. Therefore, the Maya as an effective apotropaic act viewed the ceremony of purification. In the courtyard, a large vault of wood was made, filled with firewood, at the top of which a singer sat and made sounds from his drum. With the onset of night, everyone returned to the wooden vault: each took his own bundle, set it on fire, and then from the bundle set fire to the wood inside the vault. Those who danced walked barefoot over hot coals, which for some dancers resulted in serious injuries.