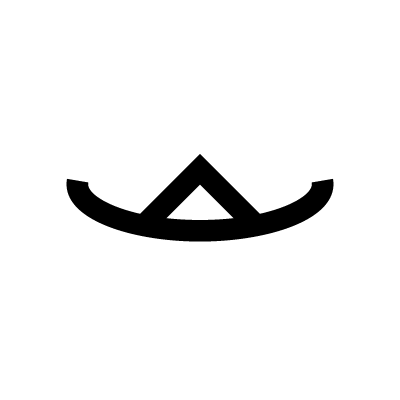 The Firmness symbol consists in a wide bowl or U shape, which houses an inverted V shape in its center. It represents a steadfast personality, someone who is firm in their pursuit of the truth and values honesty. The steadfast individual pays close attention and is hard to fool.