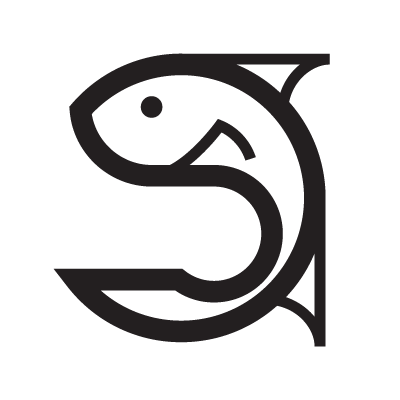 The fish lives in the depths that are synonymous with the Underworld, and it has access to secret places that are forbidden to humankind. Water is closely linked to the womb, and the idea of birth and rebirth, and so the fish takes on this meaning too. Because it quite literally has access to hidden depths, the fish is party to secret and sacred information—the Vedas, which are said to contain all arcane knowledge, were delivered by a fish acting as the avatar of Vishnu. Similarly for the Celts, the salmon was a fish associated with wisdom and hidden knowledge. Christ chose from fishermen for his disciples, and early Christians, who had to keep their religion a secret, identified one another by a piscine symbol called the Ichthys.
Fish can lay vast numbers of eggs and therefore are symbolic of fertility and life. In the East, a pair of fish is used as a lucky charm in wedding ceremonies. There is an astrological sign that features two fish swimming in opposite directions—Pisces—and in Buddhism, a pair of golden fish is one of the Eight Auspicious Symbols.