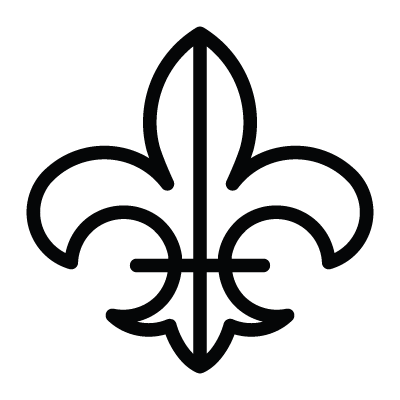 Fleur de lys or Heraldic lily, also royal (bourbon) lily is a crest figure, one of the most popular, along with a cross, an eagle and a lion. She often adorned the seals of the Templars.
The Seal of Fra Hugues de Rochefort, who was one of the templars, 1204 year depicted a cross with a star and a lily. It was the seal of the temple of the rector of the order (preceptor).
The symbolic meaning of the image is not unambiguous in different cultures: it was revered as a sign of purity (chastity) or fertility. The white lily flower is a symbol of the Virgin Mary, most likely this is how the Templars understood it.