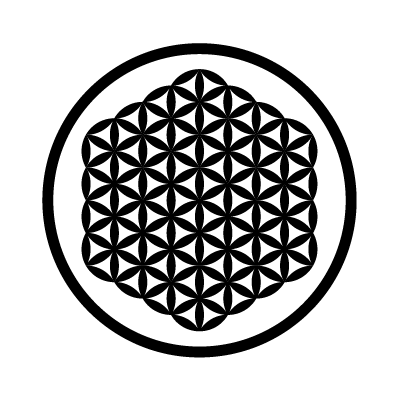 Description of Flower of Life

The Flower of Life is a geometrical shape involving a series of overlapping circles, which have the appearance of a flower. The center of every circle lies on the circumference of six other surrounding circles. They symbol represents perfection and harmony. It is said to reflect the fundamental forms of space and time.