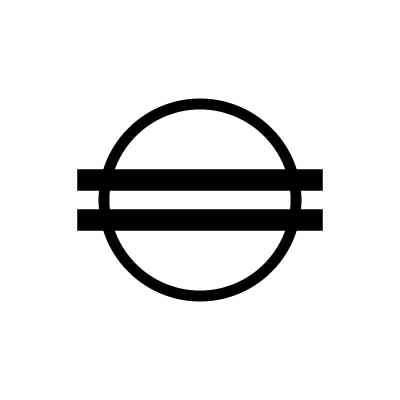 The Forgiveness symbol consists of a large, unfilled circle that is divided through the center by two horizontal, parallel lines that extend beyond the boundaries of the circular shape. The symbol represents forgiveness and new beginnings.