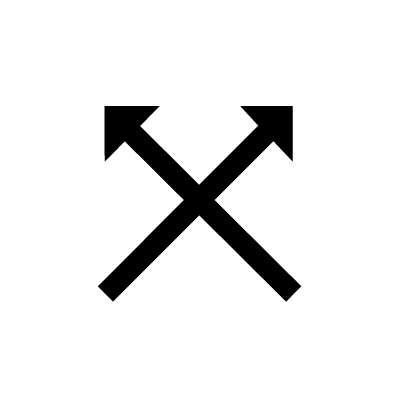 The Friendship symbol consists of two arrows which intersect to form an X shape. The heads of each arrow point upwards (at a diagonal) and each consists of a shaded triangle. The symbol represents friendship and the willingness of two individuals to work towards a common goal.