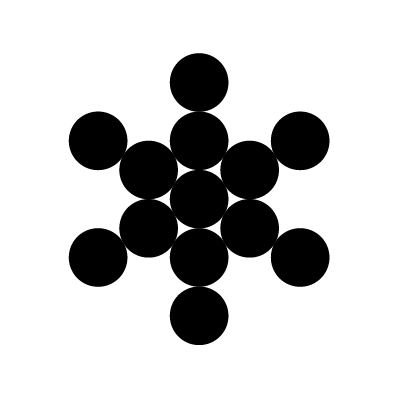 Description of Fruit of Life

The Fruit of Life symbol comprises thirteen circles: equal-sized circles, each of which is connected to a further circle, surrounding one central circle. This pattern can be found within the Flower of Life symbol. It represents the sacred pattern of the universe and the origin of everything, all creation. The symbol provides the base image upon which the Metatron’s Cube.