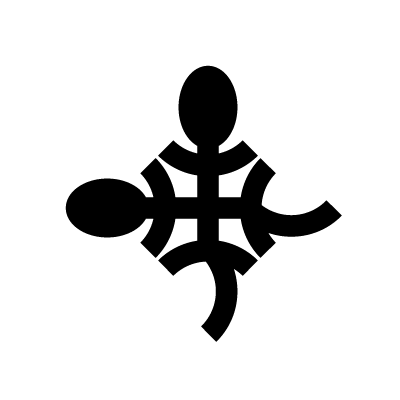 The Funtumfunafu Denkyemfunafu symbol depicts two conjoined crocodiles, sharing a stomach. They are said to argue constantly, yet share food together. It represents a common destiny, sharing, unity and diversity.