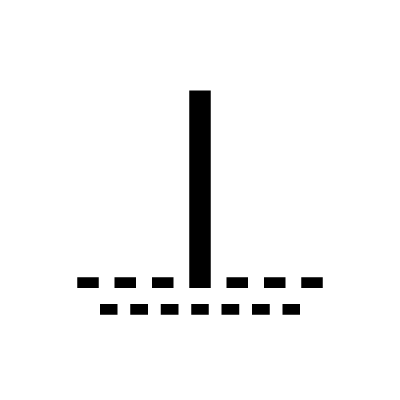 The Future Decision symbol consists of an inverted T shape, where a horizontal line forms a base to the symbol and a central vertical line rises from the center of that base. The symbol tells others that an important decision has been made.