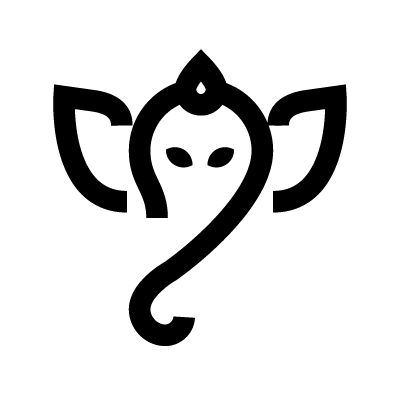 Ganesha is the Lord of Obstacles and Ruler of Dharma. Seated upon His throne, He guides our karmas through creating and removing obstacles from our path. We seek His permission and blessings in every undertaking.