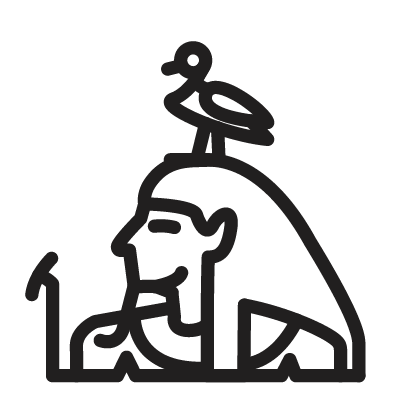 Geb, in Egyptian mythology, is the god of the earth, the son of the god of air Shu and the goddess of moisture Tefnut. Geb quarreled with his sister and wife Nut (“heaven”), because she ate her children’s heavenly bodies every day, and then gave birth to them again. Shu separated the spouses. He left Geb below, and raised Nut up.
The children of Nut and Geb were Osiris, Set, Isis, Nephthys. The soul (Ba) Geb was embodied in the god of fertility Khnum. The ancients believed that Geb is kind: he protects the living and the dead from snakes living in the earth, the plants that people need grow on him, which is why he was sometimes depicted with a green face. Geb was associated with the underworld of the dead, and his title “prince of princes” gave him the right to be considered the ruler of Egypt.