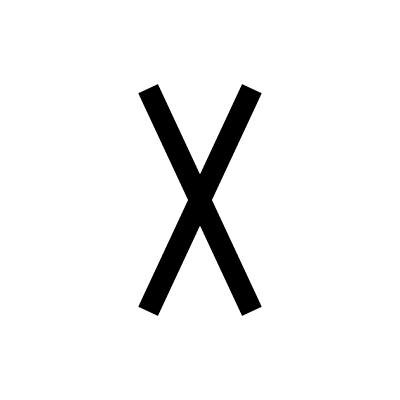 A symbol of partnership, Gebo symbolizes partnership and a balance between giving and receiving. Gebo predicts good fortune and discovers a gift that can come in many ways, whether material or emotional. The gift you receive is with the expectation that you will do something in return, and it represents reciprocity and the strengthening of relationships in this way. Gebo also serves as a symbol of the connection between humans and the gods.