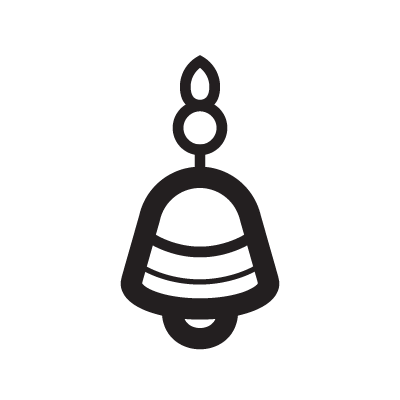 Ghanta is the bell used in ritual puja, which engages all senses, including hearing. Its ringing summons the Gods, stimulates the inner ear and reminds us that, like sound, the world may be perceived but not possessed.