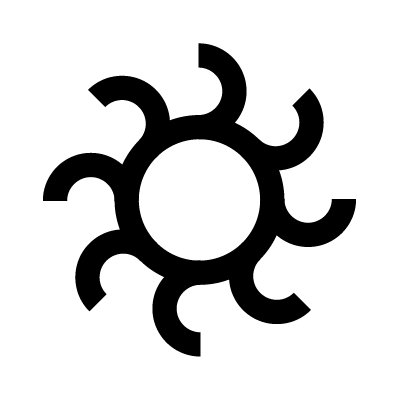 The Gold symbol consists of an unfilled circle, surrounded by lines that curve in an anti-clockwise direction. The symbol is a depiction of the sun. Gold is considered a noble metal, the ultimate goal of alchemical transmutation. It represents perfection of the mental, physical and spiritual.