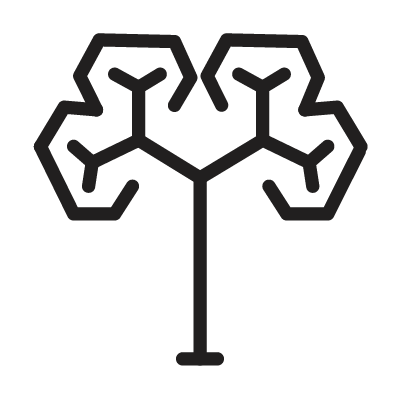 Golden Tree shape is a crop circle that was found on the 15 of August in 2002 in Winchester.
It is a tree with four steps of branching, having 16 fruits.
It branched at one-third angles (120°) and its branch-lengths made golden ratios.
It is a symbol of nature that is at the same time mathematically perfect.