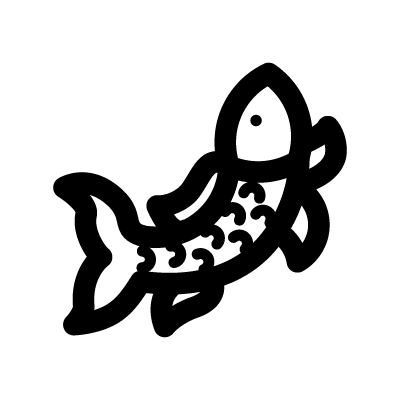 The Goldfish is considered very lucky in Chinese culture. A representation of unity, loyalty, abundance, good fortune, and wealth, the fish has many positive connotations associated with it. The main reason that the fish are considered as a symbol of luck in Chinese culture is connected with language. The Chinese word for fish very closely resembles the word for surplus in the language, and therefore the reason for that connection. And this connection to fish and abundance runs deep. For example, during the auspicious Spring Festival, fish is prepared and left uneaten by families. This is to represent the desire to have extra, or surplus during the year. Because the fish are able to live a long life, they are connected with the idea of longevity. And their behavior of swimming in pairs lead to the connection of unity and loyalty. Fish are also representative of fertility, because of their own abilities to copulate and procreate on a large scale.