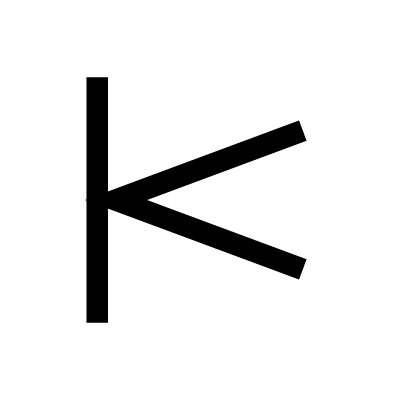 The Good Attitude symbol consists of a vertical line, to the right of which is a narrow chevron, the solid lines of which are long, the apex of which meets the line at its center. The symbol represents a good habit or practice and advocates for its continuation.