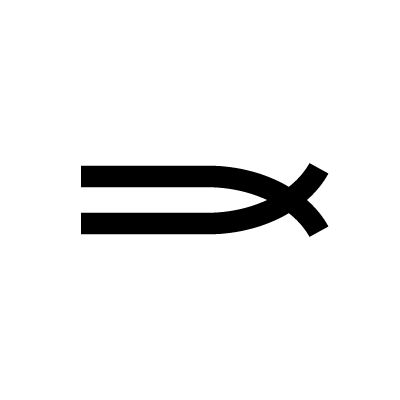 The Good Faith symbol consists of two parallel horizontal lines, both of which curve on the right hand side until they intersect and cross each other. On the right side, the intersecting lines resemble the tail of the Christian fish icon. The symbol represents who chooses to rely on others, and can suggest that person to be gullible or easily taken in.