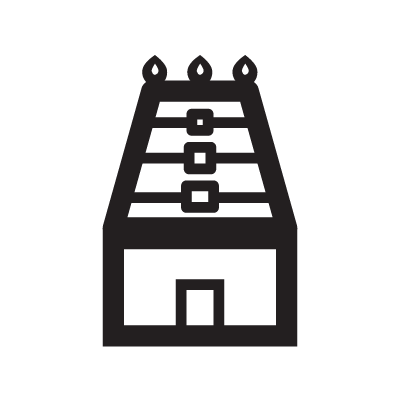 Gopuras are the towering stone gateways through which pilgrims enter the South Indian temple. Richly ornamented with myriad sculptures of the divine pantheon, their tiers symbolize the several planes of existence.