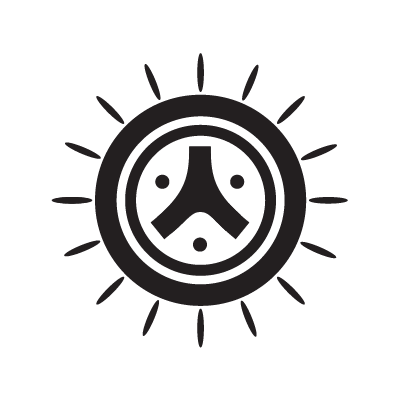 Found etched on a rock in 900 BC, the great seal is very important. It depicts 2 branches, surrounded by 24 leaves of the sacred Cojobana tree. It is the Sacred Badge of Authority according to the Taino and is indicative of tribal blood lineage. The symbol is traditionally carried by the Cacique of the tribe to cement their authority.