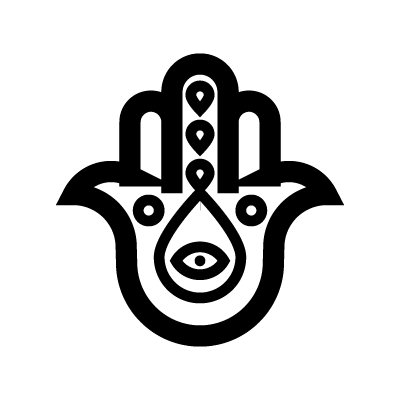 Hamsa means “five” representing the fingers of the right hand. It symbolizes chakras and energy flow in the body, the five senses and the mudras that affect them. Each finger is connected to an element and chakra: Thumb- Fire element, solar plexus chakra.
The hamsa wards off negative forces, with the most common being envious glares from those with ill intentions.
it is also a famous talismanic amulet protection against arm and evil eye and brings happiness, luck, fortune and health.