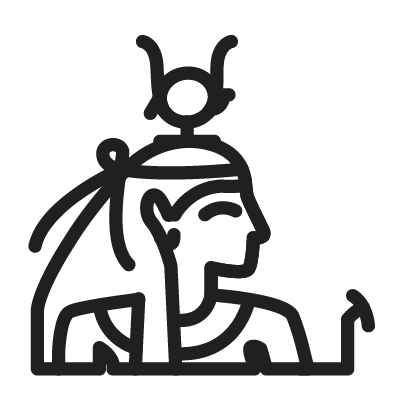 Hathor Egyptian God (“house of Horus”, that is, “sky”), in Egyptian mythology, is the goddess of the sky, who in ancient times was revered as a cow that gave birth to the sun, the daughter of the sun god Ra. The goddess of joy and love, dances and songs, she protected mothers with children. Hathor took care of the living and escorted the dead to the underworld, where she reinforced them with food and drink from the sycamore tree, into which she reincarnated.