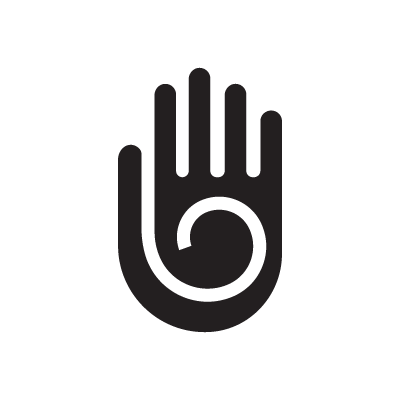 The healing hand symbol depicts a hand with a spiral in the place of the palm. It represents healing and protection. The spiral represents the universe, or eternity and, when combined with the shape of a hand, the symbol is said to have therapeutic energy.