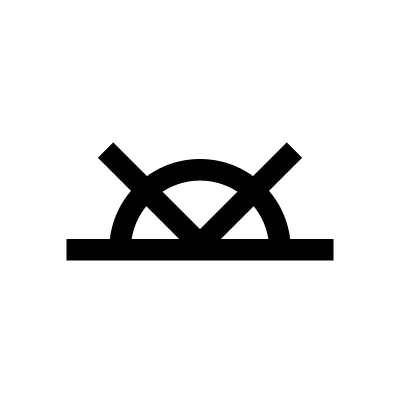 The Healing symbol consists of a horizontal line, upon which sits an inverted wide U shape, creating a semi-circle between the two. The horizontal line extends beyond the connection point with the inverted U in each direction. From the median point of the horizontal base line emanate two horizontal lines at 45-degree angles that extend beyond the border of the semi-circle. The symbol represents healing or is used to signify that a person has healing powers.