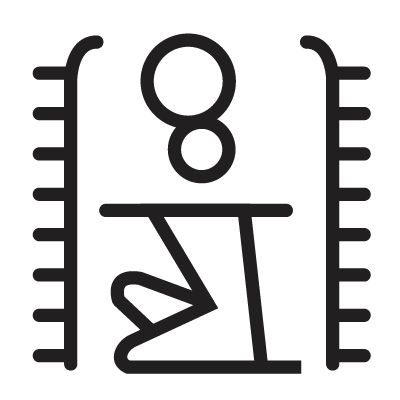 Heh, Hauh, Huah, Hahuh – in Egyptian mythology – is the god of Hermopolis Ogrdoada.
God Heh was an abstract deity personifying the constancy of time and the infinity of space. He was portrayed in the guise of a man with the head of a frog. He was also often depicted with a palm branch in his hand or on his head, which symbolized the long life of the Egyptians. Its hieroglyph was used in ancient Egypt as a designation for one million, which was essentially considered equivalent to infinity in Egyptian mathematics. This deity is also known as the “god of millions of years”. The wife of the god Hech was the goddess Hauchet.