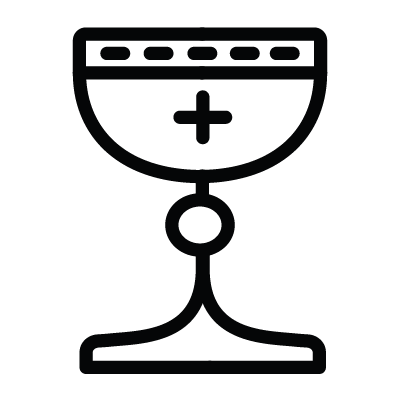 The Holy Grail templar symbol is the supposed treasure of the Cathars, glorified by romances of chivalry that were born at the court of the Counts of Champagne, closely associated with the founding of the Order of the Temple. Endowed with a mysterious power and reputed to be the source of all wealth and fertility on earth, he was allegedly saved by the knights of the Order of the Temple. The symbol of the holy grail usually depicted a cup (the holy grail itself), a bull dove, a white lion, a white eagle, as well as a sword, a spear and the castle of the Holy Grail.