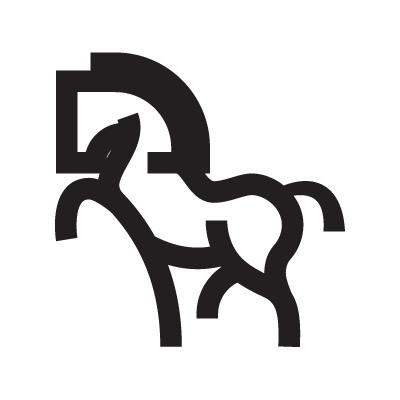 For millennia the horse has enjoyed a spiritual, symbolic, and mythical significance that arguably surpasses that of any other living creature. Accordingly, its symbolic significance is massive and varied. That the horse has long enjoyed a vital link with humankind as a hunting companion, a beast of burden, as a means of travel, and as an agricultural asset is demonstrated by its image being seen in Paleolithic cave drawings, such as at Lascaux, dating back approximately 30,000 years.
The horse belongs to the Sun and the element of fire. Horses proudly draw the chariot of the Sun God. At the same time, the horse also belongs to the Moon and the element of water, since it carries on its back the God of the Oceans, too. It was believed that where a horse stamped, a spring appeared, and so the animal became a life-giver. In Greece there is a sacred well, called Hippocrene (the Horse’s Well), which is shaped like a horseshoe and is dedicated to the Muses.
Pegasus, the Winged Horse, was held to have created this particular sacred well.
The horse symbolizes life and death, darkness and light, good and evil, depending on the context in which it is seen. As well as being a bringer of life, it is also a psychopomp, a creature that guides dead souls on the journey to the next life. As well as having spiritual significance, like the dog with which shares many characteristics, the horse is valuable in purely practical terms, too. It represents power and wealth, since having a horse—or many horses—confers superiority on the owner, not only in terms of monetary value but in the distances he is able to cover and the speeds at which he can travel. This leads to another aspect of the horse—it is a symbol of freedom. Horses were used by warriors and so are linked with Mars, the God of War, and with all the associated male attributes: virility, sexuality, and strength. Wotan/Odin’s horse, Sleipnir, had supernatural powers, possessing eight legs as well as being able to gallop over water as though it were solid land. Horse Goddesses include Epona, the mother-Goddess of the ancient Britons, and Rhiannon. The sacred status of horses meant that the sacrifice of such a creature was a rare and profound event, and even today, there is repugnance among many people at the thought of eating horseflesh; not eating an animal is a sure sign that it is regarded as sacred.