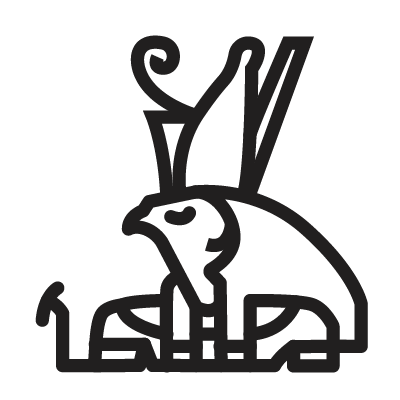 Horus Egyptian God (“height”, “sky”), in Egyptian mythology, is the god of the sky and the sun in the guise of a falcon, a man with the head of a falcon or a winged sun, the son of the goddess of fertility Isis and Osiris, the god of productive forces. His symbol is a sun disc with outstretched wings. Initially, the falcon god was revered as a predatory hunting god, clawing at prey with its claws.
According to the myth, Isis conceived Horus from the dead Osiris, cunningly killed by the formidable god of the desert Set, his brother.
Having retired deep into the swampy delta of the Nile, Isis gave birth and raised a son who, having matured, in a dispute with Seth, achieves recognition of himself as the only heir of Osiris. The god Horus was considered the patron saint of the royal house, the royal dynasty and the pharaoh. In Egypt, the name Horus was included in the royal title. The living ancient Egyptian pharaoh was represented as the embodiment of the god Horus.