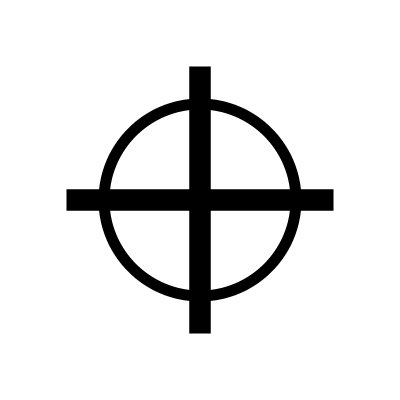 The Human Transformation symbol consists of a large, unfilled circle that is divided through the centre by two solid lines, one vertical and the other horizontal, that create a central cross and extend beyond the boundaries of the circular shape. The symbol represents the crosshairs or targeting system found on a telescopic sight. It represents the four stages of human life and the changes that one goes through throughout life.