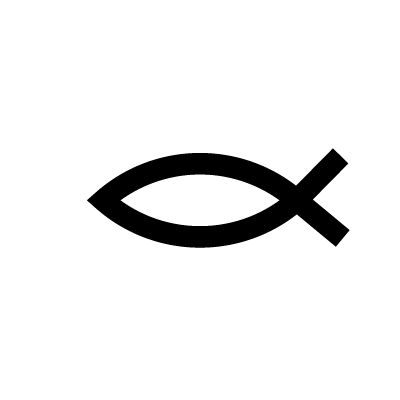 A sacred Christian symbol, the fish is steeped in history. Ichthys is derived from the first three letters of Greek for the words Jesus Christ, Son of God, and Savior. This association of Christ and fish is further reinforced by passages of the bible, such as “I will make you fishers of men”. (St. Mark 1: 16-18). The Ichthys symbol is very important and appears in Christian art as early as the late 2nd century. It is also a symbol in many Biblical stores such as the ones of Jonah, Tobias, and Luke.