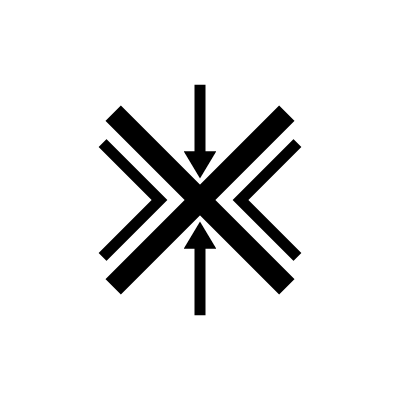 The immortality symbol consists in an X-shaped cross, which is flanked by inward-facing chevrons of which the lines are an equal width as those that constitute the cross. Above and below are inward-facing arrows, with thin shafts and shaded heads. The symbol represents spiritual energy, immortality and eternal life.