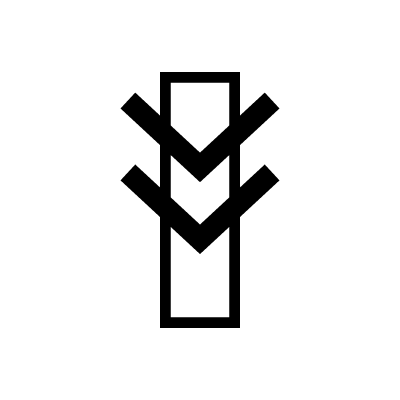 The Inner Power symbol consists of a tall, thin rectangle that, at its center and upper quarter, is intersected by two wide V shapes that extend beyond its borders. The symbol represents inner strength, a prerequisite for the virtues of courage and bravery.