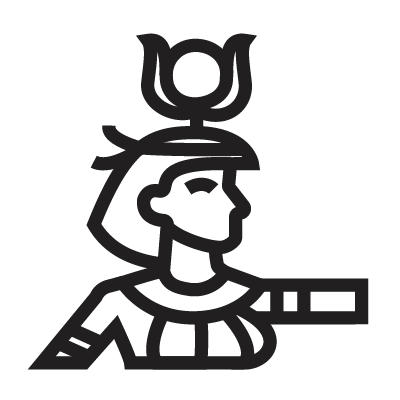 Isis Egyptian God, in Egyptian mythology, is the goddess of fertility, water and wind, a symbol of femininity and marital fidelity, goddess of navigation, daughter of Hebe and Nut, sister and wife of Osiris. Isis helped Osiris civilize Egypt and taught women to harvest, spin and weave, heal diseases, and established the institution of marriage.
Isis was considered the “Eye of Ra” and was worshiped as the “Mother of Great Magic” who protected her son Horus from snakes, predators and other dangers; thus, she protected all mortal children. Isis was so popular in Egypt that over time she acquired the features of other goddesses. She was revered as the patroness of women in labor, determining the fate of newborn kings.