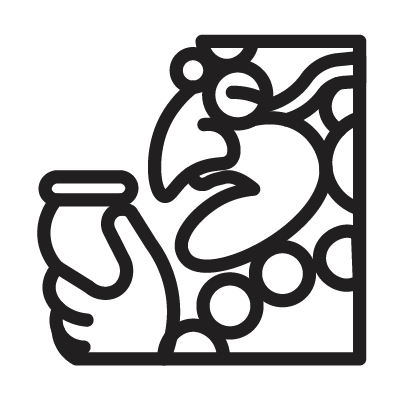 Itzamna is one of the main deities of the Maya, at least, the cult of this deity was revered throughout the Mayan civilization, and all the inhabitants of the empire, without exception, worshiped him. Translated from the Indian language, Itzamna means “lizard house” or “iguana house”. Itzamna is one of the most ancient Mayan deities. Its history begins in the period of veneration of totemic animals, when, according to legends, the main Mayan gods were not yet born, and lizards, sacred Mayan animals, held the earth and the firmament on their heads and tails. The main Mayan deity in his images appeared in the form of an old man with one tooth in his mouth.