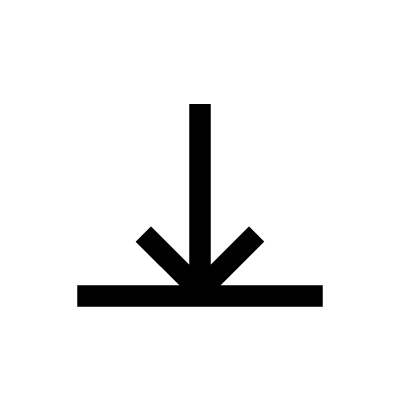 The Joy symbol consists in an inverted T shape, with a thin, horizontal base line and a long, vertical line meeting the median point. Two slighter lines emanate from this same point, they are significantly smaller and sit at a 45 degree angle to the longer horizontal and vertical lines. This symbol represents spiritual energy and the triumph of joy over suffering.